25 Interesting Facts about the Panama Canal

In the heart of Central America you’ll find Panama and its Panama Canal Zone, a territory that opened communication between the Pacific and the Atlantic oceans.  With the opening of the Panama Canal, international trade as well as economic relations across continents and around the world changed forever.  If there’s a single man-made structure that literally changed the face of the world; that would be the Panama Canal! 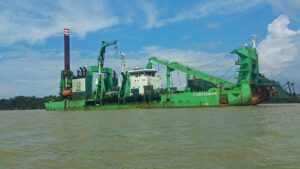 What’s most outstanding about this engineering marvel is it’s coexistence with the environment surrounding it.  The Panama Canal demonstrates to  the world once again that it is possible to reach economic progress without sacrificing the beauty and nature around it.  Actually, the functionality of the Panama Canal depends on the health of the surrounding environment.  Panama has realized the importance of the protection of the surrounding watershed to maintain the flow necessary to operate.  So man and nature are forced to co-exist and the result is beneficial to both sides.  Nature has a well kept preserve for its flora and fauna and Man has its path to bring the world closer together.  A perfect example of sustainability.

The Panama Canal has been referred to as the World’s 8th Wonder and with good reason!!  It’s been referred to as everything: revolutionary, controversial, a living proof of human genius and in one word, just IMPRESSIVE. The show put on by the Panama Canal cannot be reproduced anywhere else in the world! Nowhere else can you witness 50,000 ton vessels rise and drop over 50 feet as they make their way across the oceans in a intricate interaction of locks, water levels and human skill.

25 Interesting Facts about the Panama Canal

As we mentioned, Panama Canal is an important part of our history and this is only a few facts.  For more fun facts about the Panama Canal, visit the Canal de Panama FAQ’s section. 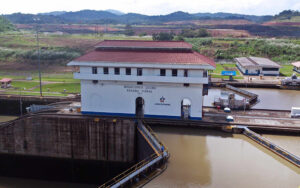 If you are planning to visit Panama, the Panama Canal and Miraflores Locks are an absolute must do activity.  If you would like more information or assistance booking a guided tour, our Activities Specialists are happy to help find the right Panama Canal Tour for you!